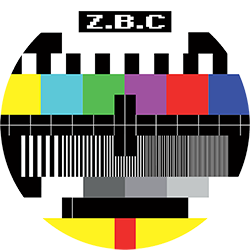 Back to top
Skip to content
© 2020 NiceTshirt. Made with passion by AF
All rights reserved.

Our story begins at Zimfest 2008, on a playing field in South West London...

30th August 2008, 12pm, Prince George’s Playing Fields Raynes Park, South West London. That was the date, time and location. None of us knew what to expect when a group of 3 friends set up our small t-shirt stall and table.

The text below was taken from our very first website, version 1.0 September 2008.

ZimGear.com is the lovechild of NiceTshirt.com and Zimfest 2008. The Nice T Shirt stand at Zimfest had such an overwhelming response to our designs, that we decided to launch a completely separate Sovereign State! This involved a Unilateral Declaration of Independence and when we counted all the votes we found that there had been over four landslide victories in all the major provinces. We called the governor of the Reserve Bank and ordered that a website be created to represent the people. We are too lazy to keep changing our prices to match with inflation so we have used the currency of Blair’s Britain.

Please don’t take anything too seriously and start sending us emails about what we can and cannot do. We will just use those as votes in the next election.

We’re here to deliver a smile and a touch of our beloved Zimbabwe to Zimbabweans worldwide. Yes..even those in Zimbabwe!

The company founder has been screenprinting designs a few years after leaving school aged just 15. With humble beginnings in Braeside, Harare, Zimbabwe, he and some friends printed t-shirts and other items for fun and profit.

Chicago Bulls, Orlando Magic, Dr Dre, LA Raiders, these were the designs of the moment, bootlegged and printed just in time for afternoon session at Archies or ‘ball at Hellas.

Drawing stencils by hand with Rotring pens and imagination, exposing screens from the bathroom (a makeshift darkroom) in African sunshine, this really was primitive printing but with great results.

There always was creative juice and entrepreneurial spirit running through his veins. This is one of many more ventures to come.

We’re a team of just three! But we’ve got the skill and dedication of a whole soccer team. We’ve just got going, and we’re hoping to be sending a splash of red,green,black,yellow and white direct to your doorstep, please support us and spread the word. By Zimbos for Zimbos.

We’ve got a lot of faith in the success ZimGear.com and hope to bring this enterprise to many Zimbabweans all over the world.

We’re too happy to acknowledge your comments, good and bad to improve our service. Please let us know what you think of the site and the content..

The rest as they say was history.